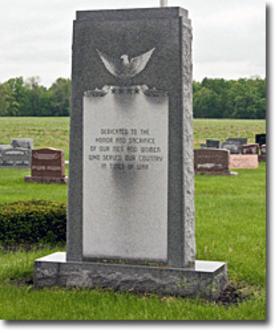 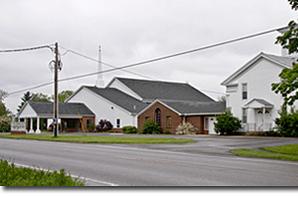 The history of church life in Huntington spans more than 180 years. The first religious meeting in Huntington Township was held by a Baptist, A. Captain Parmely from Sullivan Township. The first Methodist class met in 1822. The United Church of Huntington was formed in 1933 combining three churches in the Township and erecting the present church building 1847. The Reverend Aaron Rapking served from 1914 to 1917. He was responsible for the beautification of the cemetery that is located directly adjacent and south of the Church. In the early days, burials were on private property but at this point all the deceased were transferred to the main cemetery. This church had a renewal in 1947 with the coming of the Reverend Dale Clark. These years are significant episodes in the history of Huntington's church life. Huntington's foundation has been and continues to be a firm belief in God.

The churches in Huntington's history are as follows;

In January 1958 the building was named Ward Hall, honoring the Ward family who gave so much of themselves toward the preservation of this church. Growth continued in 2002 with the addition of nearly 10,000 square feet. The church is presently a member of the Conservative Congregational Christian Conference or the 4 C's.

A special board meting was called August 10, 1975. The reverend Dale Clark had suffered a heart attach and stroke. The Reverend Roger Herman was retained to fill the pulpit. There were others that filled the pulpit during the years that followed. The Reverend Clark’s health deteriorated and the search committee decided it was time to find a new pastor to fulfill the duties of Huntington.

On May 10th 1980 the search committee interviewed Stephen G. Carmany. A letter was received from Mr. Carmany stating "I am very interested in pursuing the possibility of coming to be your pastor." By a vote from the congregation Stephen Carmany became the new pastor on Sunday June 22, 1980. This would be Steve’s first pastorate. He was ordained in a ceremony held here at this church November 1980. Life went on and the church work both spiritually and physically continued with a new sense of enlightenment.

On February 12, 2016 Pastor Mike Goss was confirmed to be the Senior Pastor at UCH.